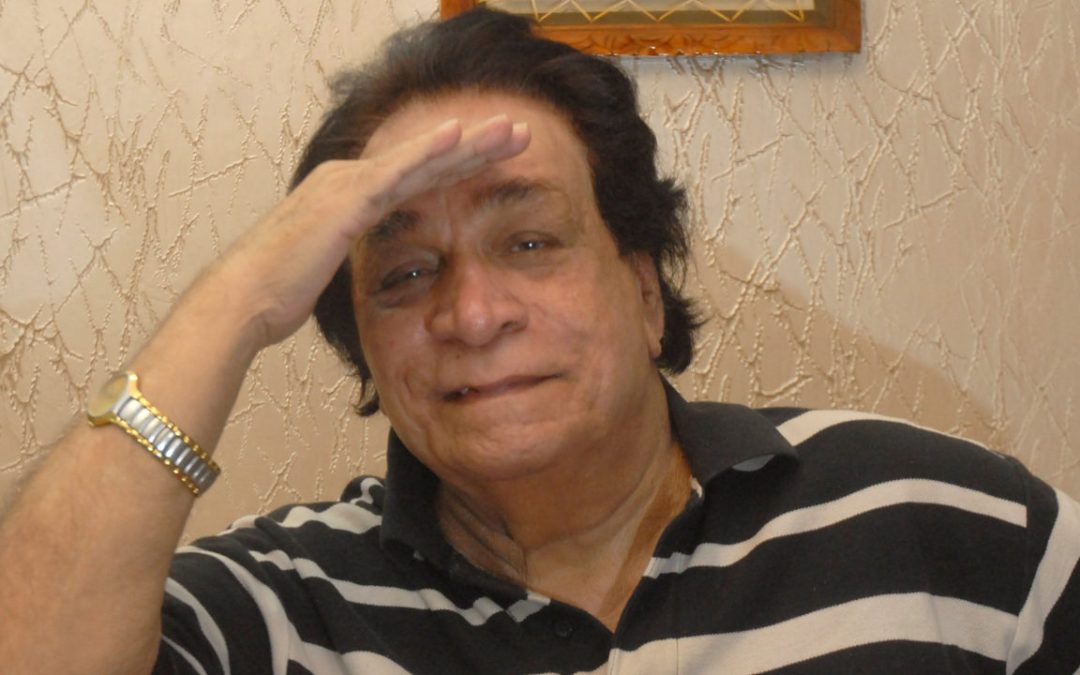 Chicago, IL (IAA) Bollywood star Kader Khan has died in hospital in Toronto, Canada at the age of 81 following a prolonged illness.

Khan, who was renowned for his comedic roles, especially during the 1990s, had been suffering from progressive supranuclear palsy, an extremely rare degenerative brain disease, according to IAA affiliates News 1
Indian Prime Minister Narendra Modi was among the many who expressed sadness at Khan’s passing Tuesday, describing him as a performer who “brightened the screen with his stupendous acting skills and lightened it thanks to his unique sense of humor.”
Khan was born in 1937 in Kabul, Afghanistan. His family moved to Mumbai when he was a young.

He made his acting debut in 1973 with the film “Daag” starring Rajesh Khanna and Sharmila Tagore. Over the course of his career, he went on to act in over 300 films.
Prior to making his on screen debut, Khan was a renowned script writer, whose talents helped to produce a string of Bollywood smash hits, including “Dharam Veer,” “Coolie,” “Amar Akbar Anthony,” “Sharaabi,” “Lawaaris” and “Muqaddar Ka Sikandar.”

Kadar Khan Saab passes away. Sad depressing news. My prayers and condolences for him a brilliant stage artist a most compassionate and accomplished talent on film writer of eminence.

We use cookies on our website to give you the most relevant experience by remembering your preferences and repeat visits. By clicking “Accept All”, you consent to the use of ALL the cookies. However, you may visit "Cookie Settings" to provide a controlled consent.
Cookie SettingsAccept All
Manage consent

This website uses cookies to improve your experience while you navigate through the website. Out of these, the cookies that are categorized as necessary are stored on your browser as they are essential for the working of basic functionalities of the website. We also use third-party cookies that help us analyze and understand how you use this website. These cookies will be stored in your browser only with your consent. You also have the option to opt-out of these cookies. But opting out of some of these cookies may affect your browsing experience.
Necessary Always Enabled
Necessary cookies are absolutely essential for the website to function properly. These cookies ensure basic functionalities and security features of the website, anonymously.
Functional
Functional cookies help to perform certain functionalities like sharing the content of the website on social media platforms, collect feedbacks, and other third-party features.
Performance
Performance cookies are used to understand and analyze the key performance indexes of the website which helps in delivering a better user experience for the visitors.
Analytics
Analytical cookies are used to understand how visitors interact with the website. These cookies help provide information on metrics the number of visitors, bounce rate, traffic source, etc.
Advertisement
Advertisement cookies are used to provide visitors with relevant ads and marketing campaigns. These cookies track visitors across websites and collect information to provide customized ads.
Others
Other uncategorized cookies are those that are being analyzed and have not been classified into a category as yet.
SAVE & ACCEPT